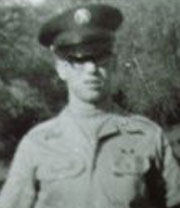 Charles Lenard Reefer went to school in Elderton, about half way between Kittanning and Indiana, PA. He left before graduating from high school. He tried to enlist in the Army, but he was turned down for medical reasons.

He moved to Jamestown, PA, when he was 18, after his mother passed away. In Jamestown he lived with his sister, Martha McHenry, and worked at Steel Car in Greenville. There he received his draft notice. When he went in for his physical, he was found fit for military service. It seems as if draft quotas could cure a lot of medical shortcomings.

When Charlie arrived at A Company, 5th Battalion, 46th infantry in Quang Ngai Province, he may have been surprised to find Rodger McElhaney there, who lived just down the road from him in Jamestown, PA. Whatever delight he had in that ended on July 16, 1969, when PFC McElhaney was killed in action.

Charlie himself outlived Rodger by only 23 days. He was killed by an explosive device on August 7, 1969.

According to friends in Jamestown, Charlie was full of fun, a very nice person. His nephew posted a tribute on the web site of the Vietnam Veterans Memorial Fund on May 25, 2001:

“It’s been such a long time…time that you missed so many things…times that you should have seen. It’s been a hell of a ride…you would have liked it…instead the ride took you from us, now both you and my dad are sharing that walk in the green fields of elephant grass. I thank you for what you gave and what you did for me…I took your ride, only mine was in the Corps…and my ride left me get off before the track came to an end. I remember you…I remember the night of the BBQ when you left us…find peace…Good Hunting Bro….Semper Fi“

David was born on September 15, 1980, in Greenville, PA. He grew up in a small town of Jamestown, PA. He was the star basketball player for Jamestown and also enjoyed outside sports. Graduating from Jamestown High School in 1999, David enlisted in the Army and began his training at Fort Benning, GA, where he completed jump school and training as a paratrooper. He was assigned to C Co 3rd US Infantry Regiment. David served three years with the Old Guard in Washington, D.C., at Arlington National Cemetery.

When his enlistment was up in 2002, David entered the University of Maine and majored in Wildlife Ecology and at the same time, joined the Maine Army National Guard Bravo Company 3/172 Infantry. While studying for his degree, David received numerous awards and citations for his contributions and academic records. He worked with all types of animals, both land and marine life. He became a fellow in an honors program to work with middle school students in science.

While in Maine, David enjoyed hiking, mountain climbing, watching moose in some of the wilderness areas in Maine. He loved to kayak rivers, lakes and off the ocean coastline. Whenever he came home for a visit, his kayak was always on the roof of his car!

In March of 2006, David deployed to Iraq in support of Operation Iraqi Freedom. David felt he wanted to support his country just like his dad had in Vietnam and grandfather in World War II. David was killed in action on May 6, 2006, from injuries received from an lED south of Baghdad.

We will continue to honor David and his fellow soldiers who continue to serve and sacrifice in the name of freedom. Our family has started a memorial scholarship fund in David’s honor. We hold a golf scramble each August to raise money for three $1,000 scholarships given to chosen seniors in Mercer and Crawford counties.

David was only 25 years old, but he lived everyday to be the best he could be. David always looked to capture the best that life had to offer… be it as a basketball player, a scientist on the ocean, or an avid hiker in the mountains of Maine, he “seized the day” in everything he did. He was well respected and loved by everyone who knew him. There is never a day that goes by that we don’t think about him and the many good memories we had. The tears still always come for no reason. We all love David for who he was in our lives and his memory will never die.

Trying to find information about a particular Vietnam fatality is a hit or miss operation. You have to start with the basic facts about the incident you are trying to find.

For example, you could know this about Merle Higgins: arrived in Vietnam on January 5, 1969; assigned to the 25th Infantry Division’s 4th Battalion, 9th Infantry (the “Manchus”); died of multiple fragmentation wounds received on June 5, 1969.

Then you search the Internet for his name, the unit, the date, the location, and anything else you can think of. After coming up dry, you are about to give up when you hit on a document called “Our Manchu Diary.” Forty-four pages long, it contains day-to-day troop movements, field operations, battles, casualties, and remembrances of from 1966 through 1970.

About half-way through, there it is:

“June 5 1969- Charlie Company reported VC in the bunker line; . . . Alpha Company reports that farmers in area said three VC companies moved out of Cambodia at 0300 hours into the Renegade Woods. Delta Company receiving small arms and RPG fire. Dust-off “163” completed (14 Delta WIA casualties) . . . . Sgt Higgins (Bravo Company) was seriously wounded by a claymore mine that was detonated by a sniper—died the next day [06-June-69] at the 45th Surgical Hospital.”

A claymore mine is a curved rectangular weapon, about 8.5 inches wide by five inches high, that projects about 700 steel balls in an arc of about 60 degrees. It certainly produces “multiple fragmentation wounds.”

Sgt. Higgins was born in Farmdale, OH. At the end of Merle’s 5th grade year, the family relocated to Jamestown, PA. After graduating from Pymatuning Joint High School in 1965, he attended Thiel College before entering the army in February 1969. He was survived by his parents, Ellis R. and Ruth Anderson Higgins, and two sisters, Marian and Nelly.

In the spring of 1992, his family established the “Merle R. Higgins Freedom Award” fund at Jamestown High School, not only to honor Merle, but also to remind people that freedom is not a cheap commodity. lt is a fragile ideal that only exists because of the suffering and sacrifice of brave men and women. This award is given annually to two deserving seniors (one male/one female) based on the character qualities of courage, honor, loyalty, determination and service.

Sgt. Higgins was the first Jamestown soldier to die in Vietnam within a two-month period. 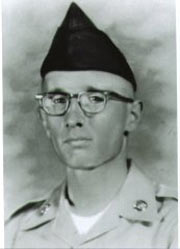 After arriving in Vietnam on January 1, 1969, Rodger McElhaney wrote a lot of letters home. He told them that his unit operated out of LZ Gator, a base of operations in Quang Ngai Province, near the coast of the South China Sea. A book by Tim O’Brien, a soldier who was in his company, describes the place: “LZ Gator was home to 700 or 800 American soldiers, mostly grunts. I remember a tar helipad, a mess hall, a medical station, mortar and artillery emplacements, two volleyball courts, numerous barracks and offices and supply depots and machine shops and entertainment clubs. Gator was our castle. Not safe, exactly, but far preferable to the bush. No land mines here. No paddies bubbling with machine-gun fire.”

Their company got back to the base once a month or so for three or four days to relax, blow off steam, take hot showers and eat warm meals. The rest of the time they spent out in the bush.

That’s where things were really rough. Once Rodger was pinned down for a whole night in one of those rice paddies bubbling with machine gun. While he was a radio operator, he had to carry not only the heavy radio, but also his rifle, 300 rounds of ammunition, and his chow. On one mission he walked 18 miles in three days carrying all that stuff. After a week or so fighting on Batangan Peninsula, he started going to church and wore a cross around his neck.

He probably got a morale boost at the end of May when his home-town friend, Charlie Reefer, was assigned to his company.

Rodger treasured the “care packages” he got from home. In one letter he thanked his mom for the cookies she had sent, and told her that it had rained hard right after they arrived. He says he ate them with a spoon. Rather than having cookies and cream, he had cookies and water.

His letters were filled with thoughts and dreams about what he would do when he came home. Before he went to Vietnam, he owned a Harley 350 motorcycle. His dream was to buy a bigger bike when he got back.

Unfortunately, that dream was to remain a dream forever. He was killed on July 16, 1969, the second of three men from the small community of Jamestown, PA, to die in Vietnam within a two-month period.