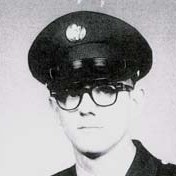 James Howley Briggs was born in Brooklyn, New York, on February 27, 1940. After joining the army on January 4, 1963, he was assigned to the Signal Corps and trained as a switchboard operator.

He served in the Allied Forces Central Command in Fontainebleu, France. He received an honorable discharge, early release upon return from overseas service on December 17, 1965.

James was the son of James H. Briggs, Sr. and Ruth L. Briggs. After leaving the army, he worked at Bloomingdale’s Department Store. He liked to travel, and enjoyed being a special uncle to all his nieces and nephews.

SP4 Briggs was interred in the Avenue of 444 Flags during the ossuary dedication on Veterans Day, November 11, 2012. 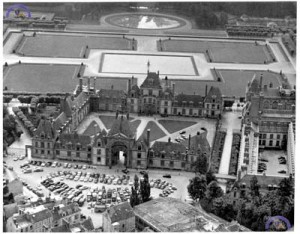 Allied Forces Central Europe Headquarters in the Palace of Fontainebleu, France, at the time James Briggs was assigned there.

Jerry Lee Reed was born on 7 December 1928 in Youngstown, Ohio. After joining the army on 29 September 1948 in Youngstown, he was assigned to the 421st Medical Collecting Company as a Medical Aidman.

Jerry was honorably discharged at Oliver General Hospital in Augusta, Georgia, on 3 april 1950, a little less than three months before North Korea invaded the South on 25 June 1950.

This is all we know about Jerry Lee Reed. We would appreciate any additional information you can give us. 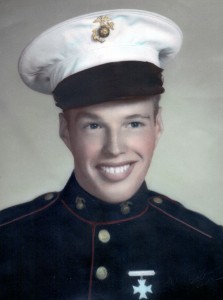 The most enduring image of World War II is the raising of the flag on the top of Mt. Suribachi. Leonard Smith, a young Marine who had fought through the invasion of Iwo Jima, was on the mountain when that flag was raised.

That wasn’t his first battle. He arrived in the Pacific area as a rifleman with the 4th Marine Division, the first division to go directly into combat from the United States. That was the battle on the twin islands of Roi-Namur in the Kwajalein Atoll of the Marshall Islands, from 1 February to 14 February 1944. From there, they continued on to fight on Saipan from 15 June to 9 July, then on Tinian from 25 July to 1 August. The battle of Iwo Jima lasted from 19 February t0 16 March, 1945.

Leonard was the first veteran interred in the Avenue of 444 Flags during the ossuary dedication on Veterans Day, November 11, 2012. 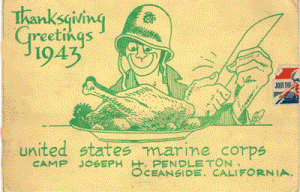 Robert Joseph Gessner joined the Army on 12 October 1948 in Youngstown, Ohio. He attended the Sheet Metal Work school at the Ordnance School in Atlanta, Georgia. He was honorably discharged on 16 February at the Transportation School in Fort Eustis, Virginia.

After his military service, he worked as a bricklayer apprentice for Russell Pfaff Construction in Youngstown.

Robert was interred in the Avenue of 444 Flags during the ossuary dedication on Veterans Day, November 11, 2012.

This is all we know about Robert. We would appreciate any information about him that you could supply (see below).