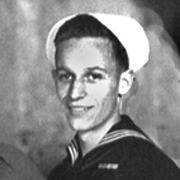 James A. Bailey of Grove City wasn’t satisfied with one military career. He actually served three.

He was just 17 when he joined the Navy, becoming the fifth of the Grove City Bailey brothers to serve in World War II. In Korea, he served in the Army as a paratrooper. After that, he went to helicopter flight school and served three tours as a pilot in Vietnam.

“In between his tours in Vietnam, he flew President Johnson around,” said his brother, Dick. “Once he flew a Huey from Washington home to Harrisville and landed it in a ball field. That was the last time we saw him.”

During his third tour, CWO Bailey was flying combat missions in Long Khahn Province with the 118th Assault Helicopter Company.* Unlike many other helicopter units, they remained stationed at Bien Hoa, near Saigon, throughout their whole time in Vietnam, from June of 1963 to July of 1971.

On October 9, 1969, CWO Bailey was commanding one of a group of six Hueys inserting and extracting troops during a combat operation along the Song Dong Nai River, not far from Saigon. In a landing zone big enough for only three helicopters at a time, The helicopter in which Bailey was riding was the last aircraft of the second group of three to land. Five U.S. troops scrambled aboard. During a hover check after lifting off, the pilot discovered that the helicopter lacked full power. He set the chopper back down and waited until the others had departed so he wouldn’t have to contend with their rotor wash. As he attempted to fly out, a rotor blade struck some very tall, thick bamboo.

The pilot tried his best to maneuver the aircraft over the river and set it down gently, but the aircraft pitched as its blades hit the water. It tipped onto its side and sank in less than ten seconds. The river’s current was very swift, making it impossible for the survivors to make it to shore. The only survivor was the pilot.

CWO Bailey’s remains were found much later and returned to the States. His family traveled from Mercer County to attend his funeral in Arlington National Cemetery.

*Photo history of the 118th in Vietnam