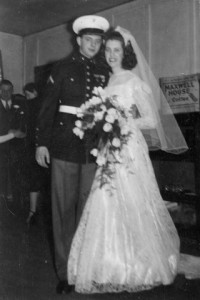 When he was a kid, Dexter Zippay loved airplanes and wanted to learn to fly. While still in high school, he tried to enlist in the U.S. Navy to become a naval aviator. Unfortunately, he couldn’t pass the eye test. His next choice was to become a U.S. Marine. He enlisted shortly after his 17th birthday and went on active duty on October 21, 1946.

He was trained as a forward observer for naval gunfire. His mission would have been to swim from ship to shore, set up an observation post, then call back coordinates to the ship’s gunfire control center. The job was the forerunner of the Navy SEALs. Dex didn’t get to perform that mission because the war had ended before he enlisted.

Nevertheless, after completing training, Dex found himself heading west over the Pacific while most U.S. troops were sailing east toward their homes in the United States. There were other forces going west across the Pacific to occupy Japan, but Dex was not among them. He was headed for China.

At the time of Japan’s surrender, the Marine Corps’ III Amphibious Corps (IIIAC) had been on Guam training for the invasion of Japan. That invasion wasn’t necessary because of the Japanese surrender, but the Marines of the IIIAC were not sent home. Instead, they were sent to north China to accept the surrender of the Japanese troops there and to assist with the process of getting Japanese civilians and military personnel back to Japan.

This was no simple assignment. It involved dealing with the repatriation of more than 650,000 Japanese in the midst of the battles between the Chinese Nationalists of Chaing Kai-shek and the Communists of Mao Tse-tung. The Marines were also called upon to protect trains transporting food and coal to the cities in the area.

The Marines were supposed to avoid engaging either the Nationalists nor the Chinese in combat, but that wasn’t always possible. Dex told his wife, Florine, about one incident he experienced personally. He had built a radio station up in the mountains, and was operating it with one other Marine. One of them would be inside the hut either resting or operating the station while the other kept guard outside with one machine gun. While Dex was inside, he heard the machine gun start firing. Dex went out to see waves of Chinese soldiers attacking the place. Florine doesn’t know how Dex and his friend survived the attack.

Another time some of his friends decided to go hunting, but Dex didn’t go with them. One of the hunting party was killed by the Chinese. Dex was assigned to the detail that went to recover the body. He told Florine that it was a scary experience because they were surrounded by many armed Chinese wearing bandoliers full of ammunition.

“He said he felt like he was in Terry and the Pirates,” Florine said.

Because they were up in the mountains with limited transportation, Dex learned how to ski.

Dex’s commanding officer had the opportunity to recommend one soldier for Officer Candidate School. He selected Dex.

“Dex would have had to sign up for four more years,” Florine said, “but we wanted to get married. He wrote me a letter saying that the Marine Corps would pay my way to join him in China. I said ‘Sure,’ but my father said, ‘Oh no!’ I was too young. He would have had to sign papers for me to go, but he wouldn’t. So Dexter told his commanding officer that he couldn’t accept the offer. His CO got very angry about it.”

Dex’s mother developed some serious health problems, so he was brought back from China. Shortly after he came back, he married his childhood sweetheart, Florine Kornreich. They lived in Quantico, Virginia, until he completed his service on October 20, 1949.

Dex passed away on May 14, 2015. He and Florine had been married for 66 years. On Veterans Day, November 11, 2015, his cremated remains were interred in the Avenue of 444 Flags at America’s Cemetery, Hermitage, PA.