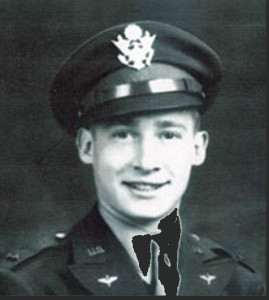 Early in World War II, heavy bomber crews could earn their way back home by flying 25 combat missions. In May, 1943, the crew of the Memphis Belle, a B-17 Flying Fortress, became one of the first one to do that. A 1990 movie shows her fluttering back to England after being hit on its final mission.

A year after the Memphis Belle’s last combat mission, Irwin Stovroff was bombardier in a B-24 Liberator on its way back to England from its 35th mission.

“We started off to fly 25 missions,” Irwin said, “then it was increased to 30, and finally 35 because our losses were so high.”

Irwin’s crew wasn’t as lucky as the Memphis Belle’s. His plane went down in France after being hit by flak. Irwin was taken prisoner, loaded into a boxcar, and shipped to Stalag Luft 1 in northeastern Germany.

He survived there only because an American colonel was courageous enough to defy Der Fuhrer.

“Hitler sent out orders for all Jews to be killed,” Irwin said. “Fortunately I had a very demanding, strong, marvelous guy by the name of Colonel Hubert Zemke. He threatened the commandant that he would be a war criminal if we were taken out of the camp. We were segregated, but I was there until we were liberated by the Russians in May, 1945.”

“After I retired, I discovered there was a need to help ex-POWs,” Irwin said.

From an office in the Palm Beach Florida VA Medical Center, he and another ex-POW processed more than 400 claims for ex-POWs. “We got them the benefits they deserved,” he said.

By 2006, the POW work was slowing down, but Irwin perceived another need that had to be filled. There were no government funds for providing service dogs to blind or disabled veterans. So Irwin started Vets Helping Heroes to fill that need.

That was only the beginning. Since then, Irwin and his organization have raised over $3 million. They have placed more than 70 fully trained dogs with veterans who are blind, disabled, or suffering from post traumatic stress disorder.

Working with a number of other organizations, Irwin feels that he is living a dream come true.

The next time you doubt that misfortune can be turned into good fortune, remember Irwin Stovroff’s odyssey from POW to happy man.

Irwin gave the commencement address at Florida Atlantic University, which bestowed on him an Honorary Doctorate degree.