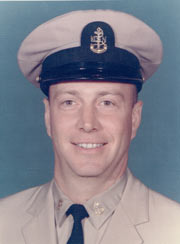 “Join the Navy and see the world!”

That, of course, is the perennial Navy recruiting slogan. But that’s not what motivated Paul Mayne to join the Navy in 1955. He had quit high school, and the military draft was making it difficult for him to get a job.

“Companies didn’t want to hire you until your service obligation was done,” he said.

So at age 17, he enlisted in the Navy. After his initial training, he was assigned as a Machinist’s Mate working in the engine room on the destroyer escort USS Rich. With the “Cold War” chilling the world, the Rich served with a squadron in the fleet guarding the eastern coast near Washington against intrusion by Russian submarines. They alternated between 14 days at sea, 12 days in port.

Then it seemed as if Paul was going to actually get to “see the world.” In 1956, the USS Rich set sail for a trip around the world. However, it only got as far as the Mediterranean Sea before being waylaid by the Suez Canal crisis. It remained with the Sixth Fleet in the Mediterranean for three months, then returned to the U.S.

In 1957, Paul was transferred to the USS Holder, a destroyer escort in the same squadron as the Rich. In 1958, the Holder sailed through the Mediterranean and the Red Sea into the Persian Gulf. That’s when President Eisenhower landed troops in Lebanon. The Holder remained in the Persian Gulf for 62 days. That’s a long time for a destroyer to remain at sea.

“We had no place to get fresh provisions or anything,” Paul said. “At the end of that time we were about out of food. We were eating mainly dried goods – beans, peas, rice and so on. We got some beef from an army base in Ethiopia. It was fresh meat, all in quarters, but we had no way of preserving it on the ship. Our reefers could keep food frozen, but they couldn’t freeze it. What we couldn’t eat before it spoiled, we used for fishing. We finally got fresh provisions when we got back to the Mediterranean.”

Paul remained on the Holder until he got out of the Navy in 1959. He came home and got a job at National Malleable and Steel Castings, but was laid off after just a month. The day after that happened, he reenlisted in the Navy.

He was sent to submarine school, but couldn’t pass the physical because of ear problems. Assigned to another destroyer, the USS Charles R. Ware, he sailed again through the “Med” and the Red Sea into the Persian Gulf. Again, it wasn’t too pleasant, but not because of hunger. The ship was not air conditioned.

“It got pretty hot in the engine room,” he said. “We stood four hour watches, and slept on the deck.”

The Ware returned to Newport, Rhode Island, for a major upgrade. Since he wasn’t needed there, he was assigned to the Boston Naval Shipyard to help put the new USS Farragut into commission.

“It was one of the Navy’s first guided missile ships,” Paul said. “It was commissioned in December, 1960.”

In 1961, Paul got to see a bit more of the world when the Farragut went on a North Atlantic cruise.

“We went to England, Germany, Sweden, and Norway,” he said. “We spent Christmas in Portsmouth, England.”

The Farragut then served two months with the Sixth Fleet in the Med before heading back to Mayport Naval Station near Jacksonville, Florida. Towards the end of 1962, she sailed again to the Mediterranean.

“We pulled into Naples, Italy, where we were supposed to have a tender period. That’s when you pull in alongside the repair ship and they repair whatever you need on the destroyer. But we had to get underway in only two days. Nobody knew why. After about five or six days, President Kennedy gave his speech about the Cuban Missile Crisis. After things settled down, we went back into port for a repair period.”

Paul served shore duty at Philadelphia Naval Shipyard keeping care of mothballed ships, then went back to sea on the USS Kepler.

“I reported aboard on a Friday night,” Paul said. “We got underway Monday morning to go to the Mediterranean.”

There they had at least one adventure.

“A Russian submarine was setting out there near the U.S. Navy submarine repair ship at Rota, Spain. They sent the Kepler and two other destroyers. We sat on that Russian submarine until it came up. It finally came up identified himself, stayed up about an hour, then dove again. Then we lost contact with it and never did regain it.”

Paul served on that ship about two years. Then, he was assigned to Vietnam.

“But first we went through SERE training at the Camp Pendleton Marine base. That’s Survival, Evasion, Resistance, and Escape. The Marines didn’t have any buses. Anyplace you went you marched or ran. The training included a simulated POW camp. They made a believer out of you there by showing you what Charlie could do.”

In Vietnam, Paul served on YRBM-16 (Yard Repair, Berthing, and Messing), a barge that was part of the “brownwater navy” in the Mekong Delta. Their mission was to support PBRs (Patrol Boat, Riverine), fast fiberglass boats that patrolled the Delta waterways to interdict enemy traffic and to insert combat teams where they were needed. The YRBM provided them with ammunition, fuel, and repairs. Their four-man crews slept and ate on the barge. Normally two PBR sections, with ten boats each, were assigned to the barge.

On Thanksgiving night, 1967, the Viet Cong planted a mine underneath the barge.

“We had been dropping grenades over the side every 30 minutes to defend against underwater teams,” Paul said. The mine was planted 2 days after we stopped doing that.”

“The fire went down the river about five miles,” Paul said.

The one fire pump on board was back where the fire was raging, so the crew had no way to fight the fire. The crewmembers were evacuated down the river to an LST, where helicopters evacuated the wounded. The crew took firefighting equipment back up to the barge. Even with help from the LST’s fire fighting crew, they couldn’t put the fire out until the next day.

The barge, which had no motive power of its own, was towed to Dong Tam where it was beached so temporary repairs could be made. It was then towed to a dry dock in Japan for permanent repairs.

Since most of the barge’s crew has come to Vietnam together ten or eleven months earlier, their tours were nearly up. The crew was split up, with members being sent to various locations where they were needed.

Paul was ready to come home the day before the Tet offensive hit in the end of January 1968.

“I went to the helicopter pad, but couldn’t get a ride, so I went back to Saigon. After Tet broke out, I couldn’t get out for three or four days.”

Paul then went to air conditioning and refrigeration training, and as a drill instructor in recruit training school for two years. After he reenlisted again, he came back east to put the USS Luce back into service. After it was reconditioned, he sailed with it to Guantanamo Bay where it stayed for three months.

“On the way back to the states in September, 1971, we hit Hurricane Ginger,” Paul said. “ The chief boatswain’s mate and I nearly got washed over. I was holding onto life line with my whole body hanging over the side. The next wave pushed me back up on deck. The chief stew-burner (cook) saw what happened and went in to get some mess cooks to help. They took me and the boatswain’s mate in and got us to sick bay. A corpsman sewed up all my cuts except one too near the eye.”

After the ship got into port the next morning, Paul was sent to a hospital where he was in recovery until January, 1972. He was on limited duty for 8 or 9 months before going back to regular duty on the USS Kiska, a brand new ammunition ship where he served for three years.

“We were over there in 1975 when Saigon fell. We supplied some of the ships coming out with food and water and sent them on to Subic Bay or Guam.”

Paul finished his career assigned to a small resupply and repair base in Singapore, manned by just 10 Navy personnel and six civilians.

“There were no barracks there,” he said. “We had to live with the general population, and weren’t allowed to wear uniforms.

From there, when work was slow, he was sent on temporary duty several times to Subic Bay repair facility in the Philippines. Finally he came back to San Diego, where he served in an intermediate maintenance facility.

He retired from there. He had indeed seen the world – not all of it, but certainly a lot of it.