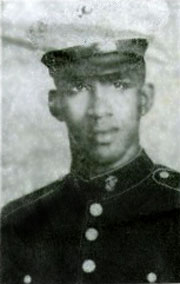 In the spring of 1966, the North Vietnamese Army started inserting large forces into Quang Tri Province, just south of the border with North Vietnam. Units of the Marine Corps were moved into the province to deal with this problem. But the defensive strategy included the installation of artillery bases to establish interlocking bands of artillery fire. The base that held it all together was called Camp Carroll, about 13 miles northeast of Khe Sanh. To minimize the loss of American troops, the American military fired more than seven million tons of shells on targets in Vietnam.

In May, 1967, the 3rd Battalion, 9th Marines of the 3rd Marine Division was tasked with defending Camp Carroll. Command Chronologies of that battalion indicate they didn’t just dig foxholes and wait for enemy attacks. They continually conducted patrols and unilateral offensive actions throughout their assigned sector.

Corporal Reuben James Neal from Wheatland was assigned to L Company of the 3/9 Marines. It was rugged, dangerous duty. With Army as well as Marine units operating in the same area, failures in communication sometimes ended in disaster. The Command Chronology for May 16, 1967, includes this entry: “Company L and Battalion Command Group YD 129657 was taken under fire by Army security units with convoy moving down Route 556. Received small arms and .50 caliber fire. Army was reconing area by fire which resulted in one USMC KIA.”

The son of Georgette Taylor of Wheatland, he had enlisted in the Marine Corps in 1958 after attending Farrell High School. He planned on making it a career.

“He was a tremendous athlete in football, track and field, low and high hurdle,” said Fred Jarrett, a high school friend. “He was a rugged guy, one of those people who stays on your mind.”