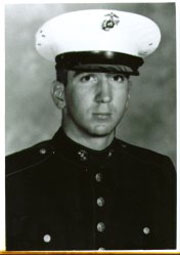 Many people have heard of the Bridge over the River Kwai because of the popular 1957 movie starring Alec Guinness. Set in World War II, it shows British and American prisoners of war building a magnificent bridge with great engineering but few other resources, then destroying it. The movie’s stirring theme song was played by practically every high school and college band in the country.

Because of the excellence of the movie, few people realize that the story is entirely fictional. Surpassing it in every way was the very real Liberty Bridge across the Thu Bon River 80 miles south of Da Nang. Built in 1967 by Navy Seabees (nickname based on the pronunciation of C-B, for Construction Battalion) , under constant harassment from enemy forces, it was 2,040 feet long, 32 feet above the low water level.

Before its completion, all traffic on Route 1 south of Da Nang had to be ferried across the river one vehicle at a time. This slowed convoys literally to a standstill, and set each truck out as a slow-moving target. Because of its vital strategic role, the Viet Cong attacked the bridge constantly to destroy it or control it.

The mission to defend it was given to the 2nd Battalion, 5th Marines. That was the unit to which Marine Lance Corporal Terrence M. Kuzak was assigned when he arrived in Vietnam on July 28, 1969. He undoubtedly heard stories about the tremendous battle around the bridge that took place on March 19, 1969, when a battalion-sized enemy force attacked a little after midnight. That day, a Navy corpsman named David R. Ray was killed while relentlessly disregarding his own safety to save others. For that he was awarded the Medal of Honor.

The Command Chronology of the 2nd Battalion, 5th Marines for 9 December 1969, the day that Lance Corporal Kuzak was wounded, includes the following entry: “0930H – While on sweep at AT849546 Co F tripped a boobytrap consisting of 60mm w/trip wire, resulting in 1 Priority-Evac. Medevac wall called and completed.” Although the chronology doesn’t mention Lance Corporal Kuzak by name, that was the only entry on  that mentioned a casualty.

Kuzak survived evacuation to a naval hospital in Yokosura, Japan. During his fight to recover there, his doctors appealed to the folks back home to flood him with cards and letters to keep up his spirits. But he died on Christmas Eve, 1969.

Lance Corporal Terrence M. Kuzak was the only child of Michael and Ann Ciccarone Kuzak, R.D. 1 West Middlesex. He was a 1969 graduate of Farrell High School.

Lance Corporal Kuzak was the 31st Mercer County serviceman to be killed in the Vietnam War.