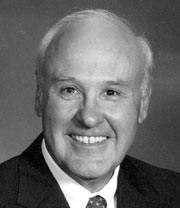 On February 22, 1991, hundreds of U.S. tanks and other vehicles massed in eastern Saudi Arabia to attack the Iraqi forces in Kuwait. The unit responsible for getting fuel to them was the 475th Quartermaster Group from Farrell, Pennsylvania.

How did such a responsibility fall on an army reserve unit?

During the 1980s, the Department of Defense reduced the active army, assigning logistical and other tasks to reserve units. In the end, there was no regular army petroleum group.

“We were it, basically,” said Bill Perrine, who had joined the unit in the early 1970s.

That didn’t result in a lack of preparedness, thanks to the exceptional commitment of reservists such as Bill.

Through the 1970s, he served one weekend a month and two weeks during the summer. That changed dramatically during the 1980s.

“The 475th became responsible for supplying all the fuel for the not just for the army,” Bill said, “but also for the air force, marines, and navy. Our job was to get petroleum supplies to anyone who needed them in a theater of operation. We had to figure out how to make that happen.”

It was an awesomely complex job that required Bill to spend as many as 100 active duty days a year.

“We planned the logistics from the time the petroleum comes out of the ground, through the refineries, into ocean-going tankers, to deep sea ports or across the beach, into the bladders, into the trucks, into the little refuelers, all the way to the guy’s jeep out in the field.”

They also participated in strategic planning to counter a variety of possible scenarios, such as a potential Russian invasion in Europe through the Fulda Gap. Then the attention shifted to Iran and Iraq.

“The war plans we wrote during the late 1980s got used in the early 1990s during Desert Storm,” Bill said.

Of course, planning isn’t enough; training is also necessary. The 475th participated in petroleum logistics exercises both in the United States and overseas.

When Bill took a job in Wheeling, WV, in 1987, he transferred to the 1036th U.S. Army Reserve school which was also in Farrell but required less time.

During Desert Storm, Bill was activated to teach in the Petroleum School in Fort Lee, Virginia. To his disappointment, his requests to serve in Iraq were turned down.

Bill remained in the Reserves until he retired from the military in 1993.